Reintroducing pisco – one of the world’s great rediscovered spirits

Once the most celebrated spirit of the western United States in the late 19th century, Peruvian pisco fell victim to several political developments that caused it to disappear until recently. Leading bartenders and drink writers from around the world unravel the mystery surrounding pisco and uncover one of the greatest cocktail stories to be told on film for the first time ever in Pisco Punch; The Movie.

In Pisco Punch, leading bartenders and spirits writers from around the world unravel the provenance and mystery uncovering one of the great cocktail stories to be told on film for the first time. Directed and produced by spirits luminary, Alan Kropf, the World Premiere of Pisco Punch; The Movie was featured at the Napa Valley Film Festival on Sunday 13 November 2016.

A fitting venue for the movie, Napa Valley is not far from the birth place of the Pisco Punch created by Duncan Nicol in San Francisco in the 1800’s. Modern day pisco producers have again elevated the spirits category of pisco – once of the most celebrated spirits in the western United States since the late 19th century.

The Pisco People look forward to working with Alan Kropf and Prom Peru to bring this exhilarating story about the spirit of our beloved Peru to the Australian community. 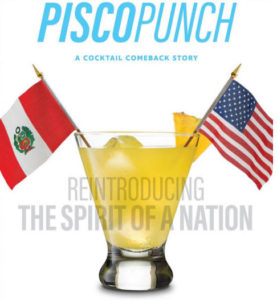